The Fripp Island Public Service District was created by the South Carolina legislature in 1962, when development of the island was just beginning. Services provided originally included water supply, fire protection   and erosion control. 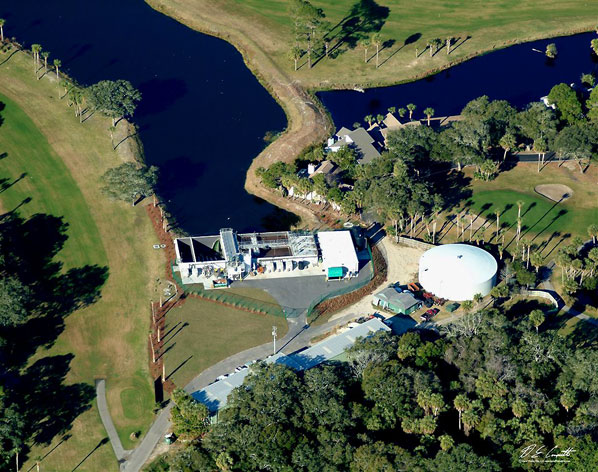 In 1993, with the acquisition of the island’s sewer system from the Fripp   Company, the District’s authority was expanded to include wastewater collection and treatment. In 2003, operation and maintenance of the Fripp Inlet Bridge also became a District responsibility when ownership of the bridge was transferred from the Fripp Island Property Owners Association to the District.

The District is governed by the Fripp Island Public Service District Commission, originally composed of three members appointed by the Beaufort County legislative delegation. In 1974, the District’s enabling legislation was amended to increase the number of commissioners to six. With the successful passage of a referendum by Fripp Island voters in 2000, the Commission became an elected body. Commissioners are elected to 4-year terms, and elections are held in even-numbered years.

The earliest residents had to transport potable water to the island. Beginning in 1965, drinking water was provided by wells on St. Helena Island, with water piped 12 miles to Fripp and stored in the original water tank at the center of the island. By 1979, the Beaufort-Jasper Water & Sewer Authority, which provides treated water from the Savannah River throughout Beaufort County, had extended water lines to the eastern end of St. Helena. In 1980, the District elected to sell its wells and purchase all water from the BJW&SA. Today, the District buys about 172 million gallons of potable water annually for use by Fripp customers.

The Fripp Island Fire Department was established in 1962 as part of the legislation that created the Fripp Island Public Service District. By 1969, the need for fire-fighting equipment was growing with the number of buildings. The District and a group of Fripp residents jointly funded the purchase of the Department’s first fire truck, a 1967 Ford Howe. This vehicle was operated by an all-volunteer force and housed in the “Grass Hut,” a three sided shed with a palm-frond roof located where the Community Centre now sits. When that site was donated for the Community Centre, the fire truck was garaged at the Marina. The all-volunteer Department began holding regular drills in 1970 under the direction of volunteer Chief B. B. Deffenbaugh. In 1978 the Department was officially chartered by South Carolina as a volunteer organization, with C.E. “Wolfie” Wolfinger elected as the Fire Chief. The Public Service District built a new fire station (now the District’s office) in 1982 to house the Department, including the Ford and a 1951 Open Cab Mack Fire Truck, a donation arranged by Fire Chief John Krider, a former executive with Mack Truck Company.

In 1985 the Department replaced the Mack truck with its first new pumper, a 1985 E-One, and the next year acquired a second new pumper, a 1986 E-One. In 1986, the first professional Fire Chief was hired by the Public Service District to run and oversee the Department’s daily operations. Chief Bruce Kline was hired in 1994 and over the next 11 years built an outstanding mutual aid network with other Beaufort County fire departments. The current fire station was built in 1999 and, starting in 2002, professional firefighters were housed in the station around the clock. In 2001, Beaufort County assigned a full-time Paramedic to the Fripp fire station. In 2005, Chief Joshua Horton was hired and implemented a program of staffing all shifts with 3 professional firefighters, drawing from a pool of Beaufort County fire service professionals. 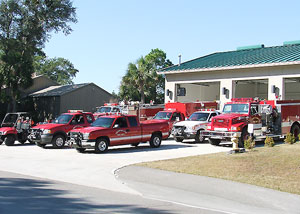 In 2006 the Department operates 2 Pumpers, a Squad Truck, and a Quick Response Vehicle, and a 6-wheeled Beach Rescue ATV used to launch a Jet Ski. It is a combination Department with 34 volunteers and 19 paid staff, including the Fire Chief. The Department responds to approximately 200 calls per year and provides the following services – Fire Suppression, Search and Rescue, Medical Emergency Response, Vehicle Extrication, Top Water Rescue, and Fire Prevention and Public Fire Education.

Fripp Island beaches were an important feature for early development of the island. However, early lot owners soon found that loss of beaches to erosion was a major problem. 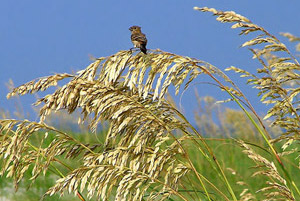 In 1970, the District financed the design and installation of a series of groins along the beach, of which several are still intact at the south end of the beach. In 1974, the developer completed a 2000-foot concrete seawall and rock groin along Fripp Inlet to protect the Ocean Point golf course and the area where New Haven Villas were built. Shortly thereafter, the Fripp community decided that a rock revetment along the beachfront was the best means for checking erosion. The District adopted a policy that it would design the revetment and individual property owners would be responsible for the cost of installation and maintenance. After a destructive storm in 1983 that washed out a portion of Porpoise Drive and the lots fronting Fripp Inlet, as well as a water main, the District built a 2000-foot rock revetment in that area. The cost of this project was jointly funded by ad valorem taxes (80%) and the property owners fronting the affected area (20%).

Fripp’s early development was made possible by the use of septic tanks on individual lots, with the expectation that a sewer system and wastewater treatment plant would be added in the future. By 1972, there had been no effort by the original developer to build a community wastewater system, and the South Carolina State Board of Health sought a temporary injunction to halt further development until plans for a system were approved. As a result, the new developer built a treatment plant and all new subdivisions were built with gravity sewer systems. Additionally treated wastewater from the Harbor Island community was piped to Fripp for disposal. The treated effluent from the Fripp wastewater treatment plant and from Harbor Island is used exclusively for irrigation of the Ocean Point golf course. The developer operated the system and collected fees from homeowners until 1993, when the system and responsibility for its operation and maintenance were transferred to the Public Service District. A 2003 referendum authorized the District to build a replacement for the original treatment plant using general obligation bond financing. In 2005 the District approved a revenue bond issue to extend sewer service to all Fripp properties that did not have service, thus eliminating the use of septic systems on the island. 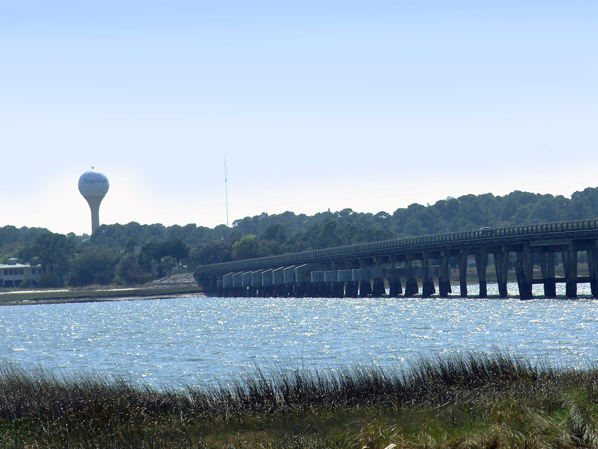 The bridge over Fripp Inlet was built by a bridge authority created by the South Carolina legislature in 1961, an approach similar to that used to build the original bridge to Hilton Head. The bridge, a 2,067-foot fixed span of reinforced concrete, was opened in January 1964, with the cost of construction to be recovered by charging a $2 toll for each crossing. In November 1965, the Beaufort County Bridge Authority sold the bridge to the developer. In 1983, the developer arranged for transfer of title to the bridge to the Fripp Island Property Owners Association (1983 Agreement). In 2003, the Association transferred the bridge to the Public Service District, making the District responsible for insurance, maintenance and repairs.

Receive news and alerts via email or text.

No Alerts at this time.